This article first appeared as an edited version in the May 1996 issue of Mix Magazine.

Along with its acclaimed merits in efficiency and flexibility the onset of the digital era within the post-production community has unfortunately ushered in a new batch of technical problems, especially those concerning synchronization and timecode. Although the basic rule-of-thumb is to resolve all equipment requiring timing information in phase to a common derivative clock source, critical particulars remain, ranging from the commonplace yet still misunderstood theoretical concepts of timecode to the more obscure idiosyncrasies related to certain pieces of digital audio equipment. The following paragraphs delineate only a select few of these problematic issues based on what I feel is their potential in aiding in the diagnosis and correction of timing inconsistencies in today’s post-production process. The exception is that this article emphasizes equipment-related specifics, which in terms of potential usefulness will never replace a firm grasp of the theoretical fundamentals, a subject which is much more frequently discussed, albeit somewhat inadequately (though that’s understandable). It is this author’s intent that this article point one who is less familiar with the detailed intricacies of timecode-capable digital audio equipment in the right direction when inevitably crossing paths with a timecode discrepancy, hopefully sidestepping a few costly hours of deciphering cryptic manuals. Every effort has been made to complement key points with a practical application or an example, and few specific products will be cited in order maintain a general applications approach.

The term “29.97 timecode” is heard everyday at post-production facilities and continues to be misconstrued. Primarily a problem of nomenclature, 29.97 timecode usually — and most of the time correctly — translates as 30-frame timecode type running at NTSC color video (approximately 29.97 frames per second) with a 29.97 sub-code identifier if applicable, a flag indicating how the media was originally formatted. Most digital audio recorders make this timecode stamp accessible under a remote item, commonly referred to by manufacturers as “tape tc”, buried beneath layers of sub-menus. The exception is that even though the identifier may indicate 29.97 timecode, the flexible nature of digital audio machines nowadays allows one to pull-up or reference the timecode rate to a true 30 frames per second. For example, to return final film mixes completed in the video domain back to the film realm, many timecode DAT machines will resolve a DAT pre-striped with 29.97 code to an external 60Hz pilot tone or an NTSC monochrome 30Hz video signal. In this instance both audio and timecode have been pulled-up to compensate for the timing discrepancies in film-to-tape transfers, and the timecode outputted from the DAT machine is now running at 30fps even though it still displays the magic number “29.97”! Many of us are familiar with 30-frame timecode running at 29.97fps, but few realize that the opposite case is also true: “29.97 timecode” can actually function identically as 30-frame timecode, the difference being only in the flag.

Unlike traditional analog tape recorders where an audio or ancillary track is used for timecode, many timecode DAT machines and other digital audio gear allow the output of ANY type of timecode running at selectable rates, regardless of how the DAT was initially striped. Often times operators overlook this option and hastily — and unprofessionally — conclude that the media was timecoded inappropriately. This was the case on a recent freelance picture scoring gig of mine in which a sound editor from one of the most reputable television post houses in New York mistook my final DAT mix for drop-frame timecode. It was an embarrassing and uncomfortable situation for all of us, including the director and producer, when later I had to correct the sound editor literally with the turn of a dial. Furthermore, many digital audio tape recorders allow the outputting of timecode derived from its control track (a sector of information the machine uses to keep things running smoothly, supposedly transparent to the end user), regardless of whether timecode information actually exists on its dedicated timecode track or not. Those swearing to have pre-striped tapes may have actually been working with the timecode derived from their control tracks, so if the numbers seem wrong playing back on another machine, revisit your timecode out options. I once dealt with some musicians claiming to have been working with timecode who brought in their film score on DA-88 tapes. After careful examination it turned out that none of the tapes were pre-striped and that the artists had been strictly using timecode derived from the control track in conjunction with a huge list of timecode offsets for cue start and stop times.

I frequently encounter timecode problems related to phase. This can occur in any setup which involves an external clock working along side with timecode. For mix houses this most often happens on a session in which the master synchronizer controlling several transports at once indicates that the timecode from one of its machines is consistently offset by a particular number of subframes and consequently refuses to “lock.” A film mix, for example, might comprise of Motion Worker locking a Beta SP deck, timecode DAT player, digital 48-track, a DA-88, and a digital audio workstation running in VTR emulation mode, five transports that must march to the same drum. On a smaller scale, home project studios, especially ones that need to synchronize to picture (scoring, sound design, etc.), utilizing any professional video tape recorder or timecode DAT player or timecode-ready MDM with a blackburst generator or any external clock source may also experience phase problems with timecode. Unfortunately, it may be more difficult being alerted to the problem in the home studio in that smaller setups rarely have the equipment capable of displaying extensive timecode phase information. Nevertheless, the most common causes remain the same for either situation.

One of the most obvious yet overlooked steps in troubleshooting a timecode-related phase problem is to erase any timecode offsets which may have been entered in any of the stages of the transport chain of the machine in question, including the master synchronizer, the remote synchronizer, and the machine itself. In picture mixes, to make it easier to pair a reel with its respective mix, each new reel begins with its own consecutive timecode hour, that is Reel 1 starts around 00:58:00:00, Reel 2 1:58:00:00, and so on. Occasionally on larger projects a reel may start at the wrong hour for whatever reason, and hence an offset is entered to compensate. Too often the offset is not removed at the end of the mix, however, and the next session suffers from it.

Things to Watch Out For

The function in most digital audio machines that compensates for the inherent delay in digital-to-analog converters is another culprit often missed, although its detrimental effect is less significant. This parameter, commonly called “tc delay,” is usually set to the type of audio output being recorded from, analog or digital. For example, digitally transferring material from a simul-DAT to a digital audio workstation for editing entails setting this parameter to “digital” on the timecode DAT player. This ensures that what one hears at a particular timecode number corresponds precisely to what was recorded during production at that time. Otherwise a slight lag in the timecode results.

Though more accessible than the previous parameter, few realize that setting the internal timecode generator of a digital audio machine to regenerate the timecode off of the tape — which seems like a perfectly valid precautionary measure — may also cause a delay. I have witnessed timecode to be out-of-phase from an external video sync signal by almost half a frame because of this. Reshaping the timecode off of the tape, a process that bypasses the internal generator altogether, works just as well (except for drop out problems) and is a much more accurate option.

It has been suggested that with balanced XLR connectors the age-old pin 2/3 “hot” issue can cause a 180-degree phase shift in timecode, similar to what happens in audio. This is not the case, since timecode uses a bi-phase modulation scheme in which shifts in voltage level rather than logical 1’s and 0’s represent bits.

If the problems persist, check to see if the machine receiving timecode utilizes a user-definable “lock threshold” or a similarly-named parameter that specifies the tolerance of valid lock ranges for timecode. That is, when the received timecode falls within plus or minus a particular number of subframes from the leading edge of the external video signal as determined by the “lock threshold” setting, a minuscule LED will light, indicating an acceptable “lock.” Be sure that this parameter is not set ridiculously small. As a reference, a properly calibrated Umatic SP player with dedicated timecode facilities should fall within plus or minus twenty subframes or so, and top-of-the-line broadcast 3/4″ decks are usually within three subframes.

Because timecode is continuously read, by the time the synchronizer finishes the sync word associated with the very end of an 80-bit timecode frame, the frame under consideration has already passed! Therefore, the synchronizer must actually internally add a frame to the value of the read timecode. I have never known a synchronizer or a digital audio machine not to do this, but older timecode readers and supped-up, hot-rodded field nagras sometimes do not have this option. Subsequently, their one-frame offsets are passed down the various stages of a film mix. If you constantly have one frame offsets, this might be a remote possibility worth investigating.

Finally, don’t be fooled by time-base correctors and built-in character generators into believing that you have a problem with the timecode on your tape. These units are notorious for delaying images, ones that might contain a burn-in of your precious working timecode.

A variation on the previous case-study is one in which timecode is out of phase by different but non-drifting amounts with every respective “play” of the transport. This occurs when the digital audio machines permit timecode output not locked to the rising edge of the external video signal. This parameter is most widely known as “synchronized playback” and is usually set as a menu item (“sync pb”) or with a dip switch.

As I stated before I’ve only covered issues I feel are the most beneficial in dealing with common timecode problems, focusing more on equipment functionality rather than the theoretical, engineering aspects. But risking contradicting myself, I firmly believe that a thorough understanding of technological basics and an analytical approach to problems, the same principles and mentality which hard-core engineers use to design every piece of post-production equipment, supersedes a knowledge of “gear operationality” when a remedy is required. This article parallels answers written on the bottom of a shoe, a quick an easy solution that can cheat someone out of a more thorough and valuable comprehension. It reminds me of a saying I remember from elementary school: “Too often we give our children answers to remember rather than problems to solve.” Then again, the post-production community isn’t exactly dealing with seven year-olds (or are we?).

Evan would like to thank the first-rate technical staff at Soundtrack New York for helping put together this article. 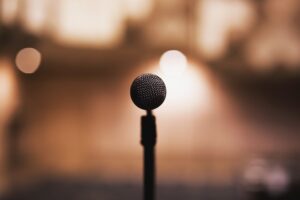